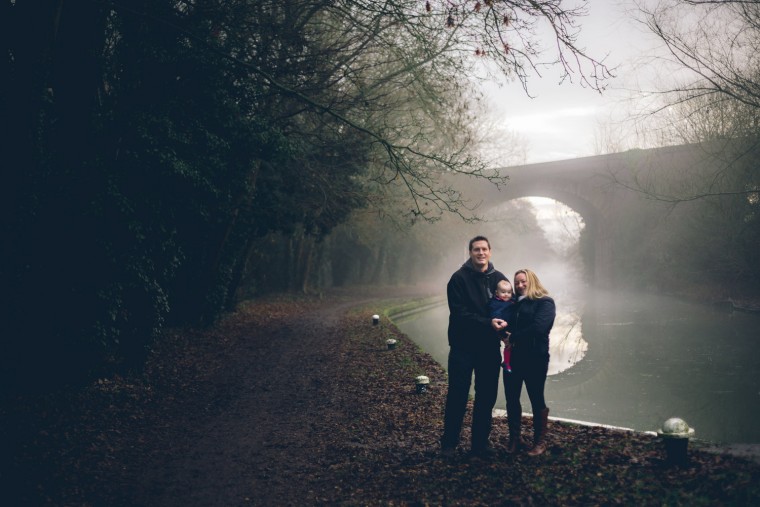 As I drove across the countryside towards the canal, through a soupy, creamy, thick fog, I was worried. I hadn’t shot in thick fog before and I had no idea if it would work. Add to that the fact that we were shooting on a canal side, which seriously limits my ability to run circles round my subjects like I usually do, and I was a bit nervous.

I wasn’t alone in that. The dad in these photos did not relish the prospect of being behind the lens. I’m sure he imagined it would be awkward, staged, forced…but, I’m pleased to say, he came away from the shoot saying he had thoroughly enjoyed himself and felt completely at ease. As for the mum – well, there were happy tears shed when she saw her pictures. That’s about as much of a compliment as I can ever hope for.

This is a great example of how doing something that scares you can yield great results. The fog was incredible to shoot in, and the canal was just beautiful. True, I spent some time crouching in spiky hedgerows, but I honestly didn’t notice I was enjoying it so much. I hope you like these photos as much as I do, I think they might be my favourite family shoot yet. But then, I always think that